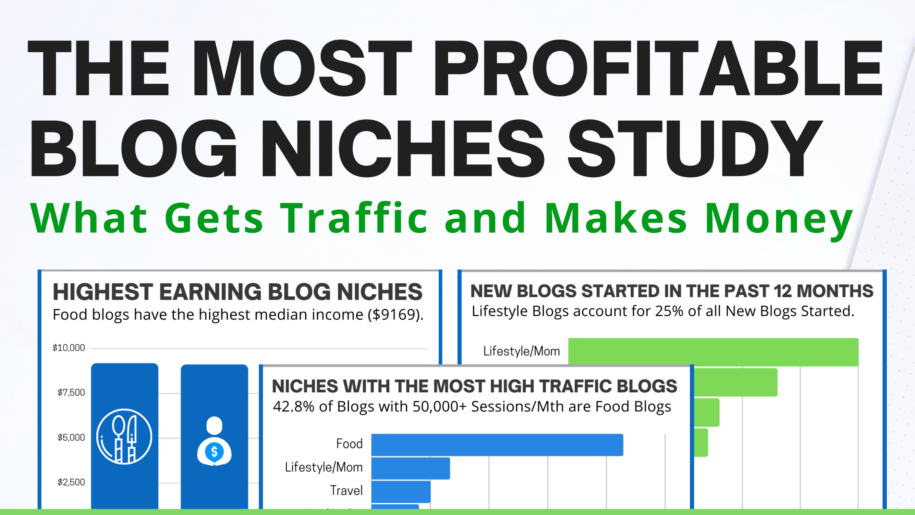 The Most Profitable Blog Niches Study

#1 The food blog niche had the highest median income of the major blogging niches ($9169).

#3 Two of the top four highest earning and highest traffic blog niches (food and lifestyle) receive the majority of their traffic from recipe blog posts.

#6 Seventy-two percent of bloggers making $2000+/month use either Mediavine or Adthrive as their ad management company.

Now let’s get into the details of the study.

The Blog Niches Making the Most Money

While each niche has a group of topic verticals that produce the majority of their traffic, it does not come close to the concentration of traffic from recipe posts in the food and lifestyle niches.

Another finding showed that food bloggers make 42% of their money from ads and only 10% comes from affiliates. This is the biggest difference between ads and affiliate income out of all the major blog niches.

The chart below gives you the full income breakdown for food bloggers.

Because food blogs are in high demand by advertisers, they almost always get approved by one of the two major ad networks (Mediavine and Adthrive). Food bloggers also make substantially higher RPMs, which enables them to make more money per 1000 impressions than other blog niches.

These two factors make it easier for food bloggers to reach six figures from ads alone. With one simple and strong stream of income, there is no reason to mess around with affiliate marketing.

The income distribution of pro bloggers across all niches shows how food blogs break the norm. Pro bloggers making between $7500 and $25000 per month get 33.3% of their income from ads and 42.2% from affiliates.

While there is plenty of money to be made from selling courses, you have to wait until you have a nice sized email list. On top of that, you need to create and sell your course.

To make money with affiliate marketing you need a strong skillset in link building. The majority of keyword phrases tied to popular affiliates require up to 100 unique referring domain backlinks.

Ads are the easiest way to make a living from blogging. Your entire focus is on writing content and getting traffic. You can also rank for all kinds of low competition keyword phrases without a single backlink.

Blogging Niches that Get the Most Traffic

42.8% of high traffic blogs are in the food niche. That makes the food blog niche number one for both the highest traffic and highest median monthly income.

In second place, is the lifestyle niche, which accounted for 13.3% of high traffic blogs.

After reviewing the content of the mommy and lifestyle blogs I merged them into one category. While all the mommy blogs have a category on parenting, they also have a mix of categories just like lifestyle blogs. This mix usually includes food, fashion, travel, and fitness.

Because of this, it makes their footprints virtually identical. The similarities can also be seen in the blog income study, where the median monthly income of mommy blogs was $5150 and the lifestyle blogs was $5199. A total separation of just $49.

The travel niche came in at position #3 and accounts for 10% of high traffic blogs. Although travel blogs have taken a big hit from the pandemic, they will surely see a massive traffic spike this summer after the vaccines have been distributed.

Most economists are expecting travel to be higher than ever, with people trying to make up for not taking vacations the previous year.

Blogging Niches with the Most New Blogs

There is a notable difference between the percentage of people that are starting blogs in the top niches and the people having measurable success.

Out of all new blogs that were started in the past year, only 13% were food blogs. That is compared to 42 percent of all high traffic blogs being from the food niche.

We used Google search stats to identify a 12 month estimate of the percentage of people starting blogs in each niche.

I came across plenty of high traffic examples of blogs just doing posts on a sub niche in outdoors and in arts and crafts. A few examples of these in the arts and crafts niche were knitting, crocheting, scrapbooking, sewing, and embroidery.

Other than the sub niches that were within the top 14, there were very few examples of outliers having success in the study. That is not saying it can not be done. I have three blogs that are not in the top 14, and each of them gets over 1.5 million monthly sessions.

What this study points to are the clearest and easiest paths to success.

For blogs that have at least 50% US traffic, the tipping point for blog income occurs at the 50,000 monthly sessions mark. This is the point when a blog qualifies for the two biggest ad networks (Mediavine and Adthrive).

Most bloggers can expect their ad income to increase by up to 1000% when they make the switch from any of other lower tiered ad networks. When I personally made the switch for my blogs I instantly increased my ad income by 7 fold.

The majority of pro bloggers use one of the two big ad networks. 72% of bloggers making at least $2000 a month use either Mediavine or Adthrive.

To succeed in just about any business you need to be able to work hard and work smart.

The working hard part of blogging is putting in one to two thousand hours writing blog posts. The working smart part is learning from bloggers who have had sustained success.

Last year, my blogs received over 50 million visitors. I have combined everything I use to achieve these results into an SEO toolset, which is powered by the most powerful AI on the planet.

RankIQ’s toolset tells you exactly what to put in your blog post and title, so you can write perfectly optimized SEO’d content in half the time.

In addition to the AI content optimization, I have a hand-picked keyword library for every single blog niche. Each library is filled with the lowest competition phrases that also have high traffic potential.

This means you will never have to worry about keyword research again. Each time you want to write a post, just find a proven word in the library and click the button to initiate the AI.

We take out all the complex language that many SEO tools have, so that you can easily apply what our AI recommends. 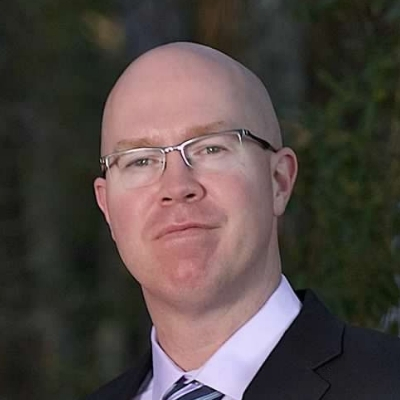 Brandon is the founder and CEO of RankIQ. He also hosts the most downloaded blogging podcast on Apple (The Blogging Millionaire). His personal blogs get over 5 million monthly visitors.

RankIQ's AI-powered SEO toolset tells you exactly what to put in your blog post and title, so you can write perfectly optimized SEO'd content in half the time. Find out more here or watch the demo video below. The man behind RankIQ is Brandon Gaille. He is the host of The Blogging Millionaire podcast and gets over 5 million monthly visitors to his personal blogs from organic Google search.